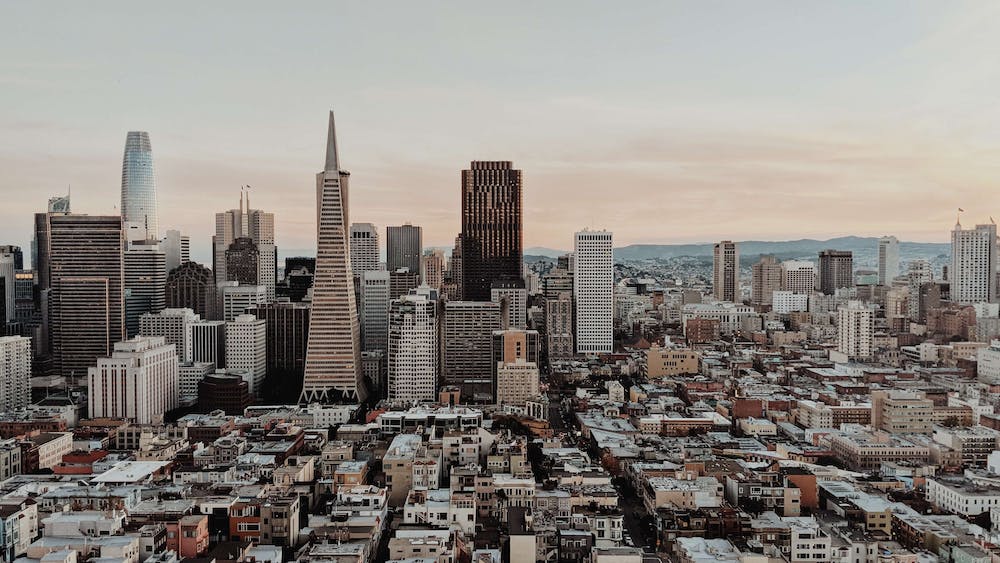 San Francisco is only 7 by 7 miles of charm, hills and microclimates.  Each neighborhood in San Francisco having it’s own personality and flavor.  There is a neighborhood for everyone here.  The best way to see the City  is on a San Francisco private tour.  This way you can make the most out of time and it’s possible to take in most of the City in one day is on a personal and private City tour.

Here is a list of places to see and things to do on your San Francisco private tour. We will start from the downtown area of San Francisco where you would meet your private San Francisco tour guide.

At the top of Nob Hill take in the views and walk around where the biggest mansions used to be prior to the 1906 earthquake and fire. Take a look into Grace Cathedral, a gothic episcopalian cathedral with influences from Notre Dame.  Here you find hotels named after the “Big 4” railroad magnates such as Mark Hopkins, Leland Stanford, Charles Crocker, Collis Huntington.  It’s worth walking into the lobby of the Historic Fairmont Hotel, the structure survived the great earthquake of 1906 and opened for business in 1907.  Tony Bennett first performed “I left my heart in San Francisco” you will notice the statue of him out front. and the James Flood mansion (first brownstone west of the Mississippi) were the only to structures to survive the Great Earthquake.

Points of interest: Top of the Mark (for a drink), Grace Cathedral, Historic Fairmont

Moving down to Russian Hill for the famous Lombard Street (best known as the crookedest street in the world).  From the top you see a great view of Alcatraz, Coit Tower, and the Oakland Bay Bridge.  The crooked street was built this way to allow cars to go down.  Automobiles in 1935 wouldn’t have been able to safely go down such a steep slope.

Moving down to North Beach which was a historically home to fishermen from Northern Italy, (and Joe Dimaggio). Continue up to Telegraph Hill. Home to some wild parrots and Coit Tower. Named after Lily Hitchcock Coit, the eccentric philanthropist San Franciscan who well-known patroness of San Francisco’s volunteer firefighters. There is amazing views of the Golden Gate Bridge and Oakland Bay Bridge from up there. I don’t recommend the elevator ride to the top for those that aren’t fond of tight spaces. The real gem is the murals that circle around the inside of the tower. The murals from the 1934 Public Works Project representing industries in the City and out in the fields.

It’s time for coffee at Cafe Trieste. This is where Francis Ford Coppola wrote the screenplay for the Godfather. Just down the street is the famous City Lights Books. For those who have an interest in the old Beatnik hangouts, a stop into the bookstore and across Jack Kerouac alley over to Vesuvio for a drink. When you go upstairs you can really feel the spirit of Allen Ginsberg and Jack Kerouac.

Next stop on your San Francisco Tour, Pier 39 and Fisherman’s Wharf

Fisherman’s Wharf is the pinnacle of San Francisco tourism. It is by far the most tourist centric area of San Francisco. It is lined with souvenir shops, restaurants, street performers, and barking sea lions. It’s also home to Ghirardelli Square, the longest running chocolate company in the country. It’s not for those who want a more local feel, but great for children.

This is a beautiful structure initially built in 1915 for the Panama Pacific International Exposition when San Francisco held the World’s Fair. You may recognize from the “The Rock” with Sean Connery. Don’t let the name fool you, there is no museum inside. It has become the backdrop for a lot of San Francisco wedding photos. Definitely a must see and a great photo.

The Golden Gate Bridge is considered to be the most photographed bridge in the world. The Golden Gate Bridge opened up in 1937 and is 1.8 miles long. “Why is it called the Golden Gate when it is clearly orange?” That is because it crossed the area of water known as the Golden Gate Strait. California is the Golden State because of the Goldrush of 1849. The color of the bridge is International Orange, which is actually the color of the primer used to protect the steel while being shipped from Bethlehem Pennsylvania. After crossing the bridge, head over to Hawk Hill in the Marin Headlands. This is by far the best view of the bridge with the SF skyline behind it. Everyday the bridge looks different, depending on the fog and time of day. The best part of having a private tour guide in San Francisco is being able to stop and see these places that tour buses can’t go to.

Next stop is a Sausalito and Muir Woods tour

Just twenty five minutes away from the Golden Gate Bridge are the majestic California Redwood Trees. Who wants to drive to go see some trees? You do. It’s amazing to be so close to san francisco and be in a completely different world surrounded by 250ft California Redwood trees with some being up to 1000 years old. You can see why George Lucas decided to make this Ewok Forest in Return of the Jedi. He named them ewoks after the native american Miwok tribe that inhabited the area.

Tip: No cell reception in the area so Uber and Lyft is not an option.

After strolling the shops and boutiques on Bridgeway in Sausalito, I recommend heading to Cavallo Point for lunch on their lovely veranda. Cavallo Point created a slice of luxury amidst an old army base, Fort Baker. It’s an interesting view of the Golden Gate Bridge.

Points of interest: Bridgeway for shopping and views. Lunch: Cavallo Point and Fish

Pacific Heights is the neighborhood with the most mansions. It’s home to people such as Danielle Steele, Nancy Pelosi, Diane Feinstein, and Larry Ellison. Driving down Broadway which has earned the nickname “Billionaire’s Row” is a great way to see some of the most spectacular residential architecture. At the end of Broadway is the Lyon Street steps which offers an amazing view looking over the bay and golden gate bridge. Here you will find people using the steps as an outdoor gym with an awesome view.

For some luxury boutique shopping, Filmore Street in Pacific Heights is where you want to stroll.

Hayes Valley is a more recent hot spot for locals. It is lined with local SF boutiques, and some of the top trendy restaurants in the City. There are shipping containers that have been repurposed for high end boutiques, cafes, german beer garden, ice cream, and home to the original Blue Bottle Coffee. Time for some wine? I recommend stepping into Arlequin Wine Merchant for buying a bottle of wine and enjoying it in the back garden area.

It’s great to stop by San Francisco’s most famous Victorian homes, the seven sisters. Also known as Post Card Row, Painted Ladies. It was the backdrop for tv shows such as Full House, One Day at A Time. It provides a great view of the San Francisco skyline behind the seven Victorians.

Next stop: The Haight Ashbury

Birthplace to the hippie movement and the Summer of Love of in 1967. This neighborhood still has some of it’s hippie flavor and counterculture. Here you can drive by Janice Joplin’s old house, the Grateful Dead, and Jimi Hendrix.

The very top of San Francisco is Twin Peaks. Enjoy the sweeping views of the City and the Bay. Sitting at 922 feet high, you can really great view of our 7 by 7 mile city. On a clear day you can see downtown Oakland, Mt. Diablo, Golden Gate Bridge and Oakland Bay Bridge. Twin Peaks really gives you the best possible view over loooking the City.

You can spend several days exploring in Golden Gate Park. There is over a thousand acres of land with ten lakes, botanical gardens, Bison (yes actual bison), the De Young museum, Academy of Science, Japanese Tea Garden and much more until it ends at the Pacific Ocean.

We offer the best San Francisco Private Tours. We look forward to hosting and creating the best private tour experience for you.