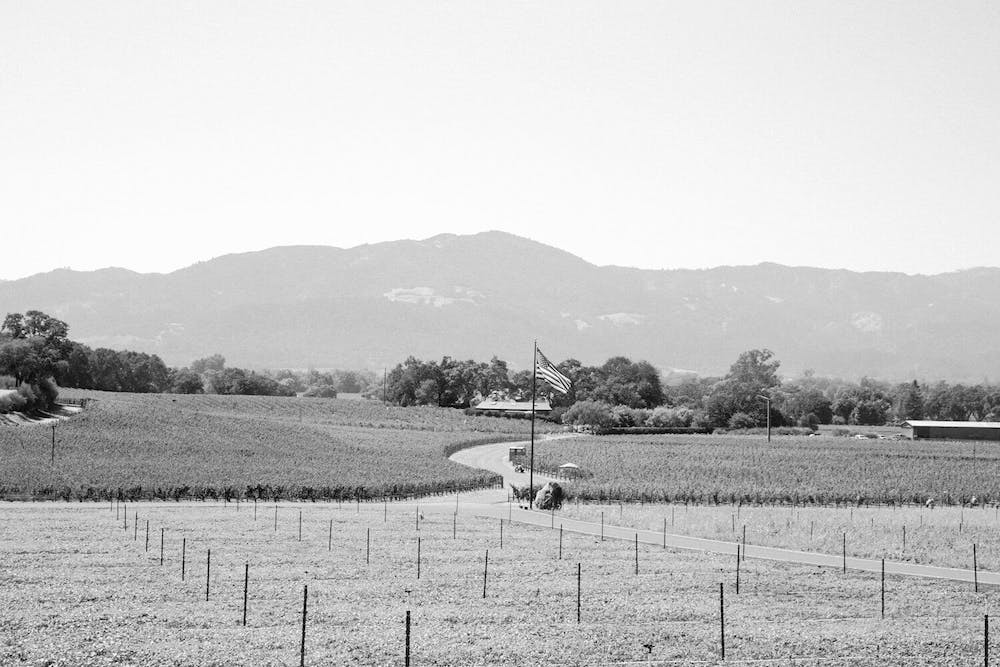 If Napa Valley was Disneyland, then Sonoma Valley would be the County Fair. Both attract a crowd for leisurely fun and both are known for high quality wine, but while Napa basks in a little more culinary glitz and luxurious wine glamour, Sonoma is more grounded in it’s rustic mystique, California history, and large definitive grape growing appellations.

The first known grapevines planted in Sonoma were by Russian fur trappers and farmers along the Pacific coastline in 1812 as part of an outpost to grow crops and hunt sea otter pelts that supported the Alaskan fur trade. Although never rising to more than about 400 inhabitants and only forty years in existence, what was known as the Russian’s Fort Ross is now a state park, historical landmark, and part of the Fort Ross-Seaview American Viticulture Area (AVA). In Sonoma County, fifteen sub-regions are designated as AVA’s–recognized for particular microclimates, soil, and topography and thus unique grapes and farming practices. Fort Ross-Seaview AVA, established 2012, is the newest and probably least known AVA; however, its cool climate coastline terroir grows what Sonoma is most known for—Pinot Noir and Chardonnay. Flowers, Failla, and Martinelli are the more notable wineries of just a few in the area.

Grape growing didn’t really begin to take off until shortly after 1823 when Spanish missionaries began construction of its last California mission, Mission San Francisco Solano. Father Jose Altamira, or maybe it was his Native American newly baptized workers, planted several thousand vines to be made into sacramental wine and other untold activities. Having been restored and now a historical landmark, it’s worth cruising by the still standing Mission San Francisco Solano located in the town square of Sonoma. Make it a quick stop on your way to popular lunch spot, The Girl and the Fig, just down the street.

Another historical stop in Sonoma’s town square is where Mexican General Mariano Vallejo lived when thirty-three armed rag-tag Americans pounded on his door at dawn in June of 1846 demanding Mexican rule to surrender the territory to them. Ever the diplomatic gentleman, General Vallejo invited the group in for breakfast and wine from his vineyards. With wine came reason and General Vallejo, seeking future political aspirations, wisely stepped aside, giving way to the roots of California independence from Mexico. In what was known as the Bear Flag Revolt, the flag, bearing the symbol of a grizzly bear for strength, was raised over Sonoma plaza and later became the California state flag.

A few miles northeast of the town square of Sonoma, a Hungarian immigrant, Count Agoston Haraszthy founded the first premium winery of Sonoma County in 1857, Buena Vista Vineyards (still there today). Over the next decade the gregarious Haraszthy lead the establishment of viticulture and winemaking as a permanent fixture in the California economy. At his height in 1861, he was appointed by the Governor of California to commission a report to the California Legislature on the“ways and means best adapted to promote the improvement and growth of the grapevine in California.” Haraszthy responded with a trip to Europe, investigating best practices in viticulture and winemaking, returning with over 100,000 cuttings from more than 350 varietals.

With every boom there is a bust and by the mid 1860’s, things began to unravel a bit.Despite his good intentions, turns out that Haraszthy, known as the “Father of California Viticulture,” and his trip to Europe helped contribute to reckless planting and the infestation of phylloxera—an insect that feasts on grapevine rootstock. As a result, Sonoma struggled to survive the phylloxera outbreak for the last few decades of the 19th century. However, by 1920, ingenuity and some thirsty folks managed to turn things back around with the establishment of over 200 wineries. That same year though, the 18th Amendment passed and Prohibition toppled all but about 50 winery estates until its tenure ended in 1933. The lull continued through the Great Depression and World War II, not reaching the same 1920 level of grape growing until 1975.

Coming off a post-war generation of American cocktails, the wine industry began to boom in the late 70’s and 80’s. The desire for market space and differentiation prompted wine label regulation and defined how wine labels designated where grapes came from. It was at this time in Sonoma that the American Viticulture Areas (AVAs) were born. If your wine label reads Carneros or Sonoma Coast, you know you’re more than likely getting a lighter body cool climate Pinot Noir. Donum Estate can’t be missed in Carneros. Swing to the other end of the spectrum, Dry Creek Valley implies heat-loving Zinfandel while the equally warm Alexander Valley showcases thick-skinned Cabernet Sauvignon. Vérité and Jordan offer some amazing cabs. But perhaps most famous of them all though is Russian River Valley where the seabed limestone reminiscent of France combined with foggy mornings and hot afternoons produces a Pinot Noir known for a particular sarsaparilla/root bear type of spice. The likes of Kosta Browne, Williams Selyem, Rochioli, and Paul Hobbs reign supreme here.

A day in the Valley of the Moon, as coined by American author, Jack London, should be enjoyed very leisurely. Triple the size and growing almost 50% more grapes than Napa, Sonoma is largely farmland and spread out over a large area. Pick a region or two within the area to focus your day based on your wine tasting needs, there are well over 300 wineries to choose from. The throwback towns of Sonoma, Healdsburg, and Glen Ellen offer refuge and a home base with the best restaurants, shopping, and boutique inns. Just remember, the pace in Sonoma is slower, less is more. Don’t be afraid to get lost in the moment, but be sure to do so with a glass of wine in hand. Click here for more information on private Napa and Sonoma tours