A Brief History of Napa Valley 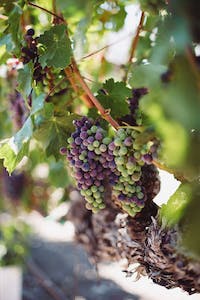 Napa Valley is everything you would expect it to be—luxury wines,

farmland, very small in size—roughly an eighth the size of Bordeaux,

France and produces only a small fraction of California wine, just 4%.

As the saying goes though, good things come in small packages…

There’s no mistaking the romance of Napa Valley’s natural beauty.

Even before George Yount planted the first vineyard in 1838, he

reflected, “in such a place I should love to live and die.”  The

35-mile long valley is nestled between two mountain ranges, the

ocean floor of the Mayacamas Range to the west.  While the hills are

dotted with oaks, manzanitas, pines, and the occasional terraced

vineyard, the valley floor is grapevines as far as the eye can see.

and Yountville, but even then, the vines run right up to the business

While only an hour northeast of San Francisco, the climate couldn’t be

any different than the foggy city.  Most of the year, there’s no need

for the “I love SF” sweatshirt; one will thrive as the grapes do in

this Mediterranean climate, rarely too hot or cold.  In fact, one of

grapes are all of the microclimates within.  Sixteen sub-regions are

and farming practices. Closest to the San Pablo Bay is the coolest

supreme, but move north away from the bay and the temperature rises

Despite its notoriety for grape growing and winemaking around the

world, most of the wineries in Napa today have had a very short

history.  A Prussian immigrant winemaker, Charles Krug, is known for

having established the first commercial winery in the northern St.

grazing land had transformed to over 140 wineries.  The bubble burst

though in the 1890’s as phylloxera, a louse insect, destroyed the

rootstocks of most vines in the valley. Followed up by a couple of

World Wars, Prohibition, and the Great Depression and the Napa wine

industry limped along for the first half of the 20th Century. 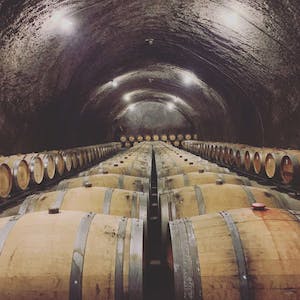 owned by the Mondavi family, but by 1968 only about 25 wineries

existed.  In effort to continue growth, that same year wineries

area and avoided plans for a major highway, housing development, and

Eight short years later this paid dividends when the famous 1976

Cabernet Sauvignon and Chardonnay.  The story was covered in the

Modern Living section of Time magazine and was only four paragraphs

long but the impact was heard around the world, Napa Valley wine 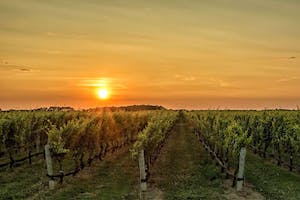 responsible for thousands of jobs and more than 4.5 million visitors

mind that for every tourist driven iconic winery like Robert Mondavi,

Far Niente, and Opus One, there are at least another dozen wineries

grapes from the same valley.  Take advantage of the smaller boutique

wineries like Viader, Saintsbury, and Fantesca; although maybe not

rich in history, given the small operations, the intimacy and

personable hospitality are hard to beat.

Day drinking leads to hunger and thus by no coincidence, Napa is known

also for its culinary attributes, everything from Gott’s Roadside

the two town centers famous for their dining and then logically,

shopping…followed by a nice place to stay.  The key is to pamper

yourself for the day(s), it’s the wine country lifestyle after all.

Indulge a bit, sip a lot, and toast to those who mean the most,